Alan Edmunds has worked with dozens of clients over the past 15 years, and each story is special in some way. Brief case studies cannot fully capture the complexities and intricate human dynamics of every situation, but they do give you an idea of how the journey toward mental toughness might look.

The athletes described here had to summon considerable courage to risk trying to improve in their sport. They added mental toughness coaching to their already demanding weekly schedules of 20+ hours of technical training, to say nothing of their demanding competitive schedules.

In each case, the risk paid high dividends. The athletes conquered challenges and became even stronger competitors.

Please see the testimonials for client perspectives on working with Alan on mental toughness.

Kelly, a teenage swimmer at the Regional/Provincial level, came to Alan because she had grown despondent over her competition times. She loved to train and swim competitively, but now she wasn’t having fun anymore. Her primary worry was that everyone was watching her and viewing her as a failure. She was tired of being a 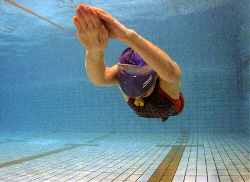 failure, a very natural reaction. Kelly was giving a lot of mental time and emotional energy to people who did not matter and Alan was her last stop before quitting.

Alan began by asking Kelly to name all the people in her life who truly loved, honored and respected her, regardless of how fast she swam or how she placed - people who were always there for her through thick and thin, and especially when things went poorly. She realized this amounted to only eight people.

Then he asked Kelly to identify all the other people she thought noticed her or cared that she was “a failure”. She mentioned teammates, coaches, fellow competitors, spectators, and even officials who worked her meets. Alan asked about all the times any of these people called to console her when things went badly. Kelly realized that none of them had ever called.

Finally, he asked Kelly to list her personal bests in all events as well as a range of realistic times she would be happy with in her upcoming season.

Over the next few months, Kelly worked very hard on improving her personal best times in all events. Surprisingly, to her, this was easy and natural because she loved to train and the harder her coach pushed, the more she liked it. It also gave her something to focus on every single day - a purpose and direction that helped block out bothersome thoughts. Whenever Kelly found herself worrying about what other people may have been thinking about her, she forced herself to think about the eight people in her life who cared for her unconditionally. She also had to recall a specific incident where one of these people had spontaneously celebrated one of her swimming accomplishments and to remember the strong emotions she felt when this happened. Her plan contained a fairly lengthy list of these episodes.

These strategies helped Kelly turn her swimming life around. She produced more than 30 personal bests in that first season, setting the stage for many more in subsequent seasons.

Rob, age 16, was about to quit a very promising junior golf career. His teaching pro referred him to Alan with this e-mail: “He can hit all the shots and works very hard and wants to win, big time, but he is emotionally fragile.”

Alan met with Rob and his mother on the golf course for about 2.5 hours. Alan witnessed in Rob a quiet but sad determination to excel. Recent poor performances had left Rob feeling down; he was very hard on himself because he could not hold it together under pressure. While Rob had a pre-shot routine, he did not have an intense focusing mechanism. He also lacked a strategy for rescuing himself when powerful emotions took over 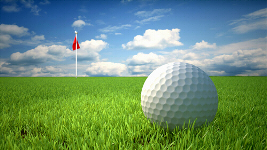 and ruined his game. His approach was one that is often suggested by laypersons - he was to ignore his emotions even when they were exploding all over the place, and just try to play on. He thought he had to put his emotions behind him - to just forget them.

As Rob courageously described his challenges, his mother struggled at times with her own emotions. She admitted that she and Rob’s dad did not know what to do to help him, except to continue to encourage him to keep trying.

Alan began working with Rob to help him recognize when powerful emotions happened, to design and implement a well-proven strategy to deal with them, and to use Alan’s Auto Focus technique to provide intense focus and calmness during every shot.

Like a few of Alan’s other clients, Rob experienced immediate success, but then reverted to his old habits and was not as successful. Alan helped Rob understand the need to continuously bring the same intensity and motivation to bear when working on all his strategies. Rob went back to doing his mental homework properly.

Rob’s focus improved significantly, and he also became much better able to handle his emotions on the golf course. Rather than ignoring high emotions, he allowed himself about 20 seconds of feeling and dealing with them, before willing himself to stop feeling them and using a self-talk strategy get back to his game. Rob was very surprised that he could use this technique to dissipate his high emotions.

Within months, Rob went from being despondent about his game to winning two separate junior club championships and having several notable performances in highly competitive open junior events where near-par or sub-par rounds for two or three days produced the winning score.

Marla was an elite marathoner in the 40-45 age group. She was in the top three in her region of the country and posted impressive times at Boston and other prestigious events. Just before she came to Alan, however, 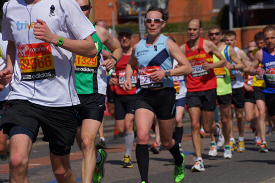 she’d had several bad experiences with “running out of gas” during a run. This was keeping her from getting the most out of training and caused her considerable anxiety during races. She felt she could go faster but she could not mentally bring herself to race on the edge because of that fear; her times and morale were suffering.

Alan began by asking Marla how she knew she had more to give in races and training. She realized she didn’t really know that for sure because every time she approached the crucial distance or pain threshold, she would subconsciously or even consciously back off. Alan followed up by asking Marla to describe how she envisioned these barriers to performance. She answered that she “saw” them to be ominous dark places and feelings that were waiting to control her running.

Over the next several months, Marla’s work focused on three areas:

1) During quiet time at home, she mapped out her training routes in her mind and constructed imaginary brick walls and thick fences at important fatigue distances - some shorter than her threshold distance, others at her threshold distances, depending on route elevation. She then envisioned herself running that route very aggressively and breaking through these barriers as if they were no bother at all.

2) When training, she had to do exactly what she had envisioned and rehearsed regarding the route and the barriers. Her biggest hurdle was to mentally will herself to maintain her race pace and push through those distance and pain thresholds. She had to prove to herself she actually had the “gas in the tank” before she could take it into a pressurized competition.

Once Marla proved she could mentally control her environment, she learned she did indeed have gas in the tank. She became a supremely happy and hungry competitor.