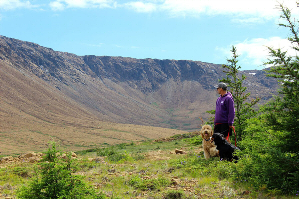 Alan Edmunds, Ph.D., focuses on the development and delivery of effective Mental Toughness Coaching. He has long believed that the ability to be mentally tough - confident, calm and focused under pressure - is the key to success in any sport, so he has built his sports psychology practice around this concept. In the past 15 years, he has helped athletes across a wide range of sports develop focusing abilities as well as an unshakeable belief in themselves. These improved mental abilities have taken many clients to the highest levels of competition.

What sets Alan apart as a sports psychologist?

Alan’s unique combination of education, skill, and experience has made him an effective mental training coach to golfers, swimmers, divers, runners, triathletes, as well as basketball, curling, soccer, volleyball, and hockey players, and many more. Known for his ability to get into the headspace of clients from the age of 12 up, Alan’s business has grown entirely through word of mouth.

Clients often say that Alan’s training has impacted far more than their sport performance, as mental toughness creates a foundation for every endeavour.

Before meeting Alan, it was unlikely that I would even attend university and now I am entering my fourth year at the University of Western Ontario as an accounting major. The success that I have had as an athlete and student is directly attributable to working with Alan and without him I would not be where I am today.